I have been living in Melbourne for a very long time now. Half of my life, to be precise. And I love it to pieces. Recently I found an article talking about street art in the city as a new tourist attraction, and I felt embarrassed because I have never seen the murals myself. So I decided to go to the city as a tourist and join the army of local and international visitors. Here is my report. 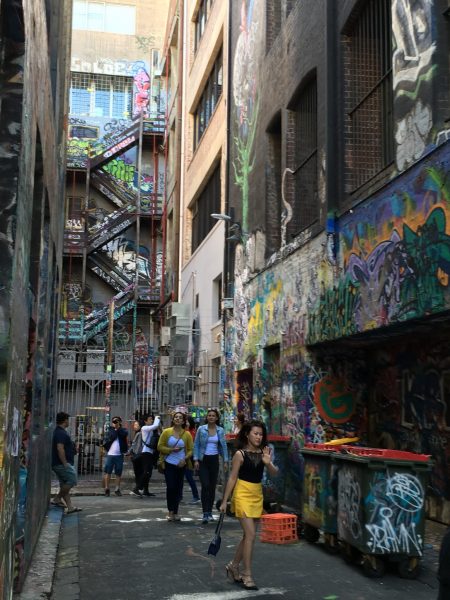 Melbourne council decided to allow street art into the city (not like they could really stop it, honestly). 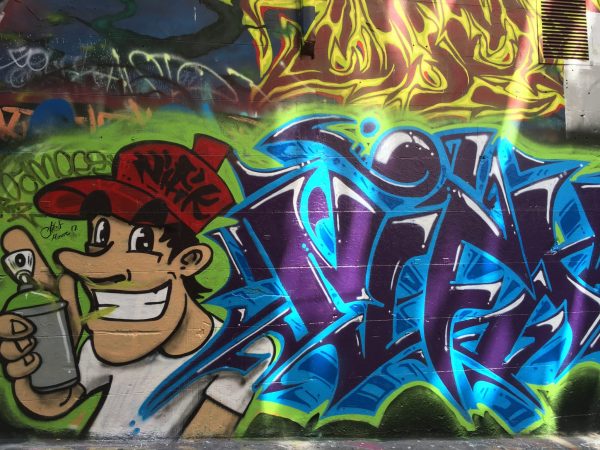 Right in the middle of the city behind Federation Square is Hosier Lane. This is one of the ten most famous street art precincts of Melbourne. 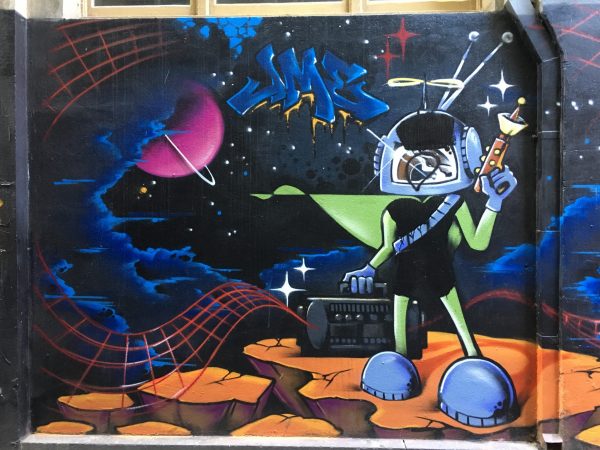 Every centimetre is covered with high-class paintings. 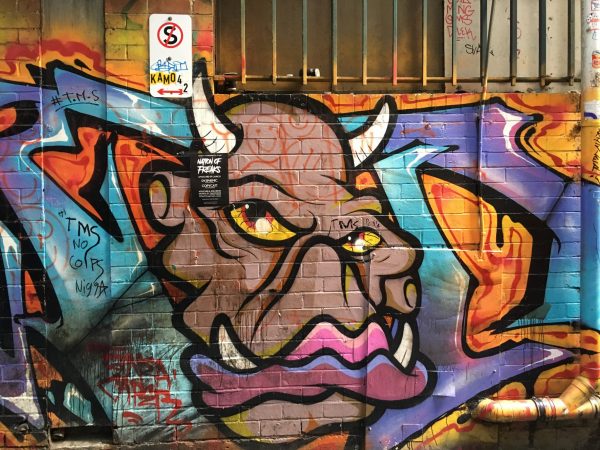 It took me almost two hours to check out all of the paintings. Some of them are really small. Some are quite large like this one below. 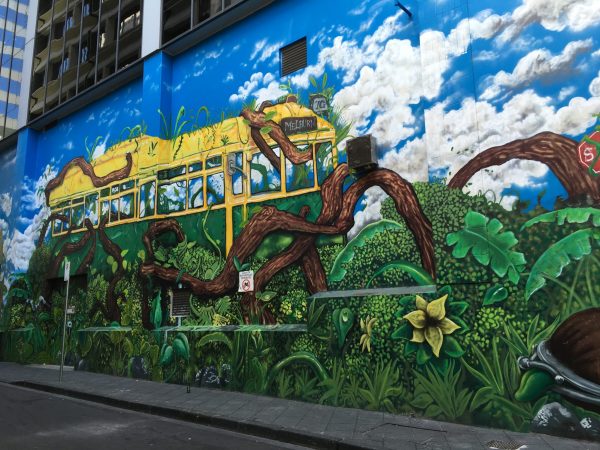 It was so large, that I had to take a few shots as the whole wall could not fit into one photo. 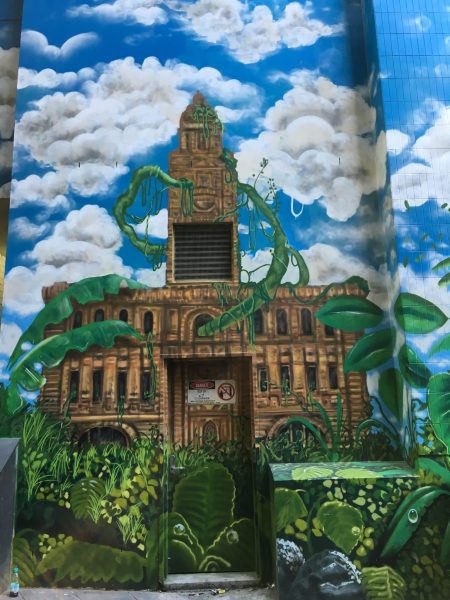 Originally I was planning to go to the main street art locations, which have large clusters of murals. But later I decided to walk along the street and just walk into random small lanes instead. When I saw this guy my first impression was that he was a real customer at the street cafe. 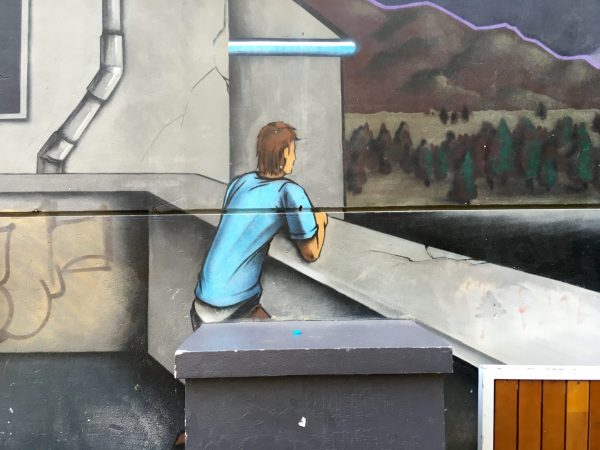 Some of them were quite scary. 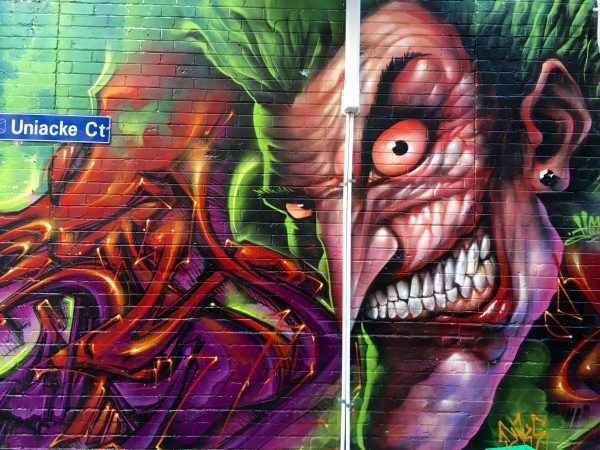 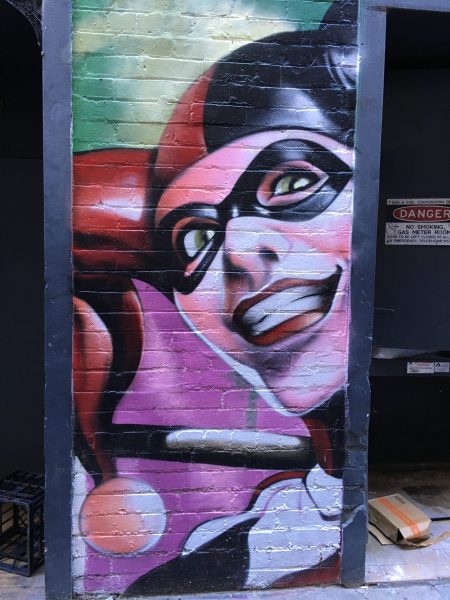 Despite the really silly face, this man looks pretty cute. 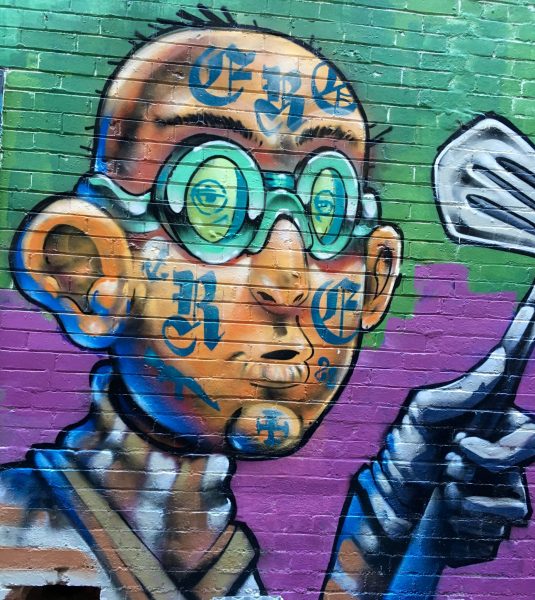 In one alley I found a few portraits of women, which were definitely made by one artist. 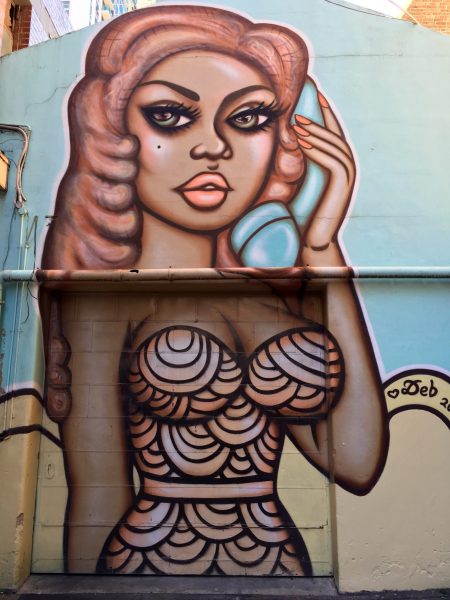 I guess, her name was Deb as every painting in this style had little “Deb” with a love heart next to it. 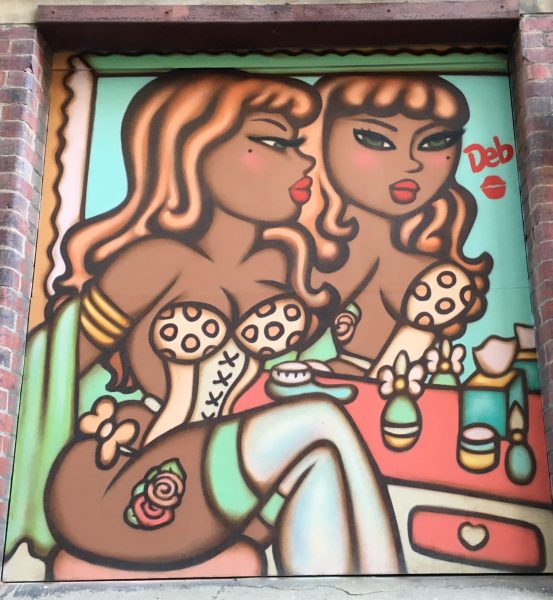 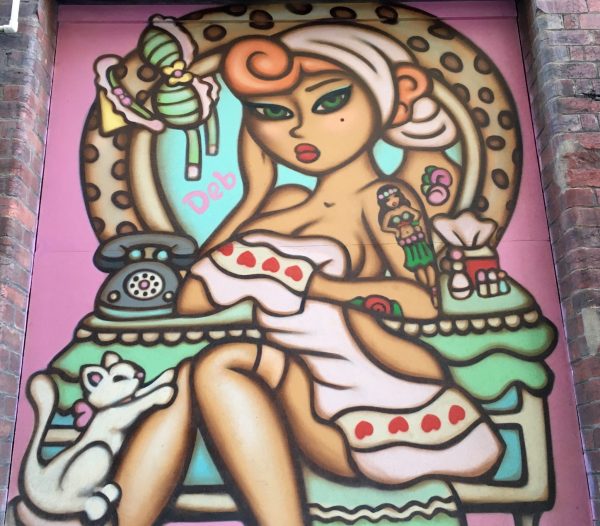 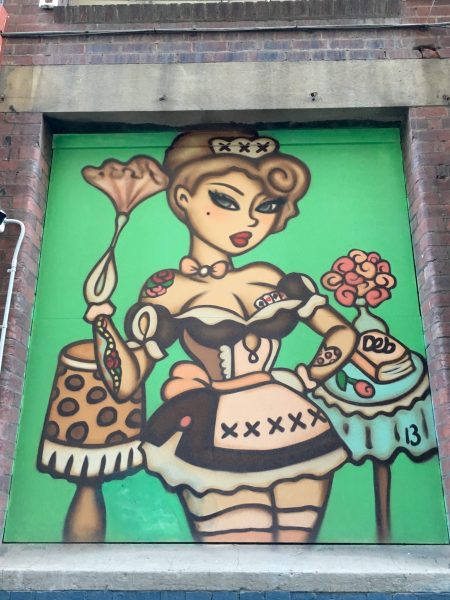 Even this fantastic leopard was painted by Deb. And I thought she is producing only cute girls…. 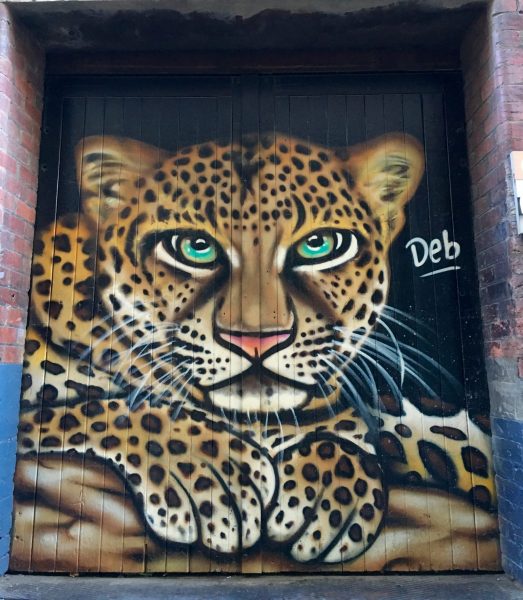 The golf club was appropriately decorated with a golfer in full swing. 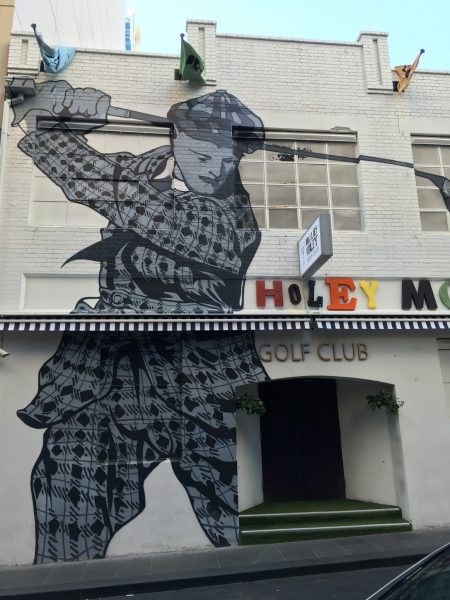 The following four paintings are from our new West precinct, which is located near the corner of Southern Cross train station. 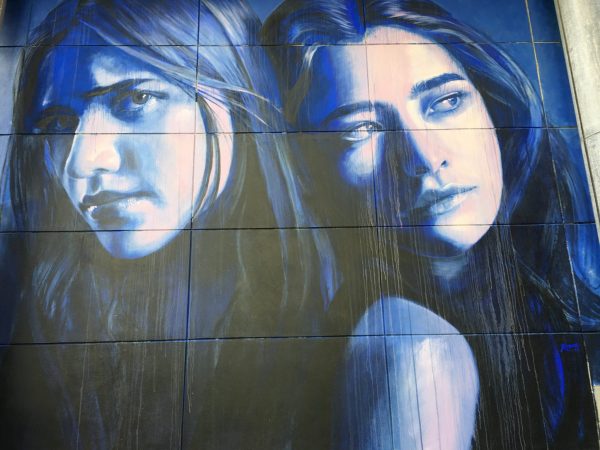 I haven’t found any info regarding these particular portraits, but I am very curious about who those people are. 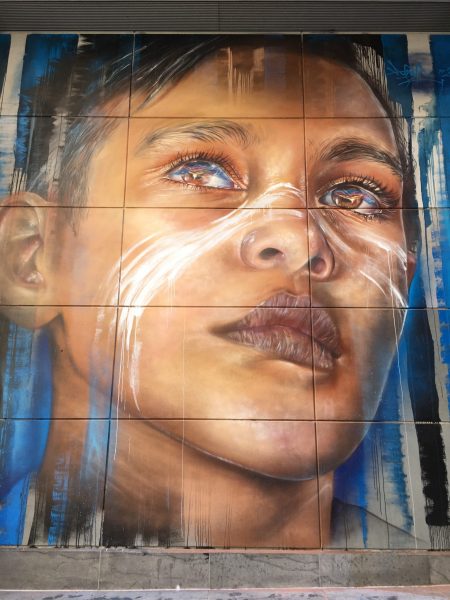 This is a stunning portrait of a man. The quality of work is unbelievable. I have seen street art in many cities and countries such as Malaysia, New Zealand, Australia. But Melbourne is far ahead by quality of work. 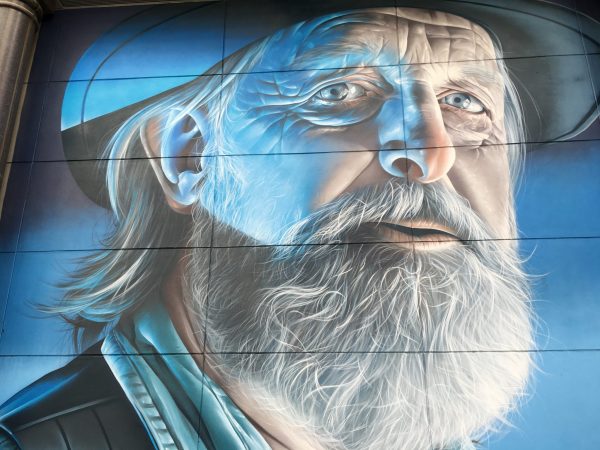 This is one beautiful parrot. How is it possible to create such fantastic artwork using a spray can? 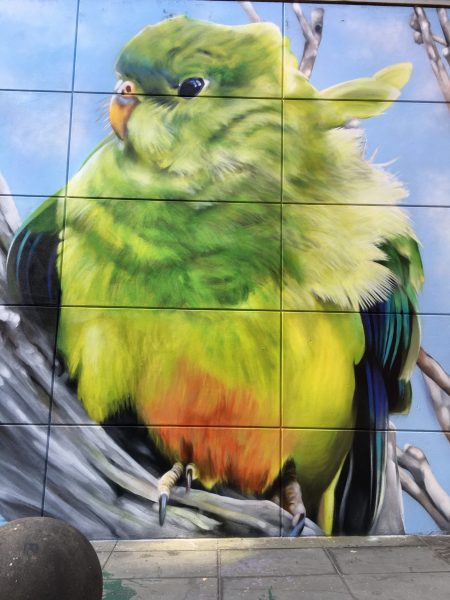 Here is the short video about how it was done. Come to Melbourne and check out our street art by yourself.