Recently I went on my weekly hiking trip around Melbourne. In the western part of the city I found really cool street art. Then and there I realised that I lovingly collect all images of graffiti and other sorts of street art all over the world, but have never had any posts about our own displays of creativity. So, here we go. 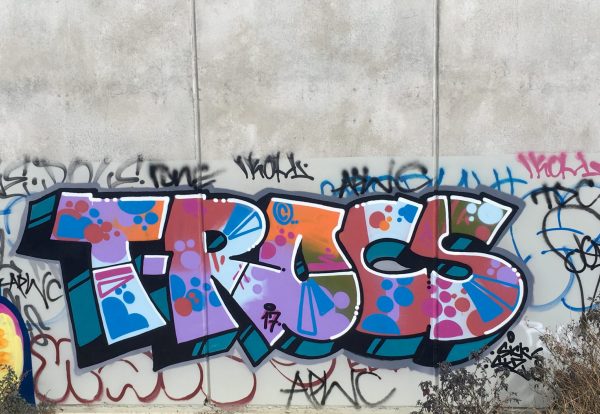 This is along the railway . 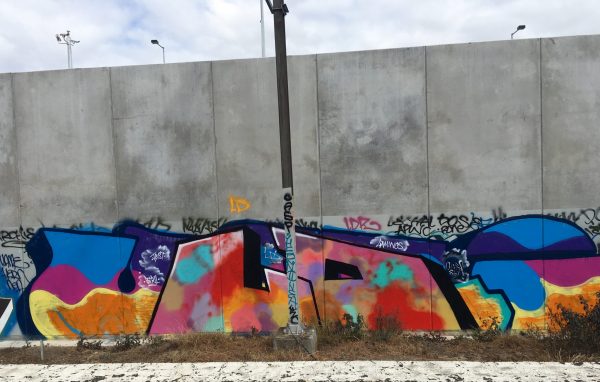 And one more. Great colour combination. So cheerful! 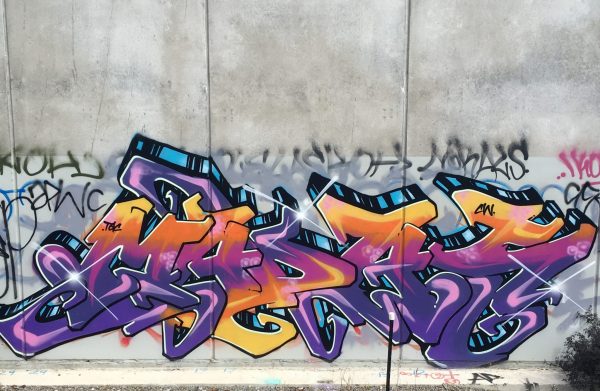 I wish I could read the writing. Maybe, it’s something important… 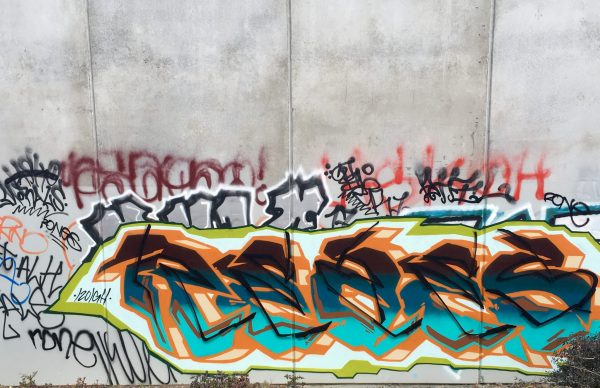 Hot coals on the back of the shed, made from corrugated iron. 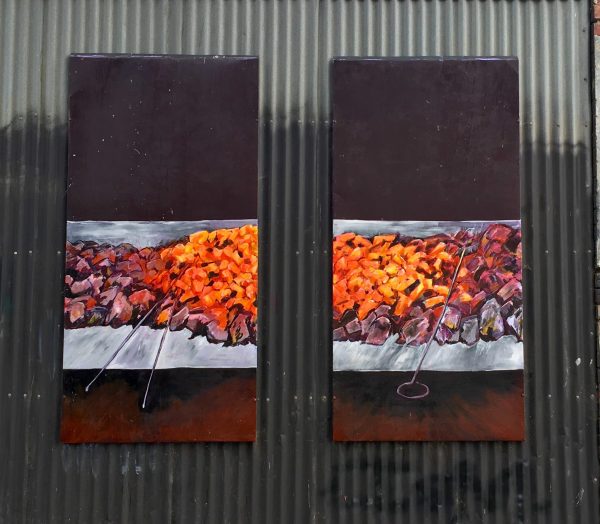 Aboriginal type of painting on the rocks in the park. 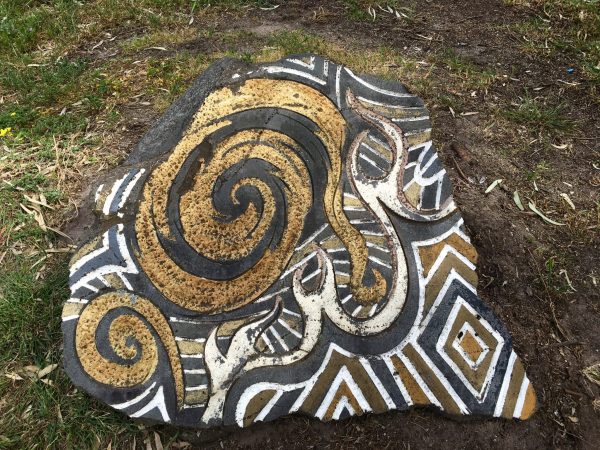 Tropical gardens in not-so-glamorous suburb of Melbourne. Definitely this small pub looks better with the street art. The pub was actually full on the very cloudy Sunday morning.

I couldn’t figure out if I like this man or not. 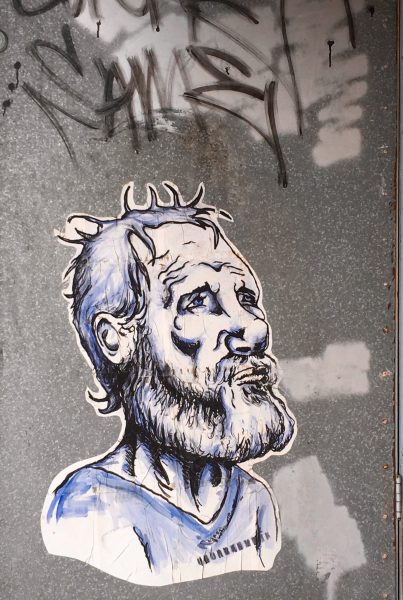 Along Bunbury Street in Footscray there is a “gallery” of colourful murals by street artist Lushsux that immortilize many  legends such as Bowie, Carrie Fisher, Leonard Cohen, Prince and St Jerome’s Snr, who was a musician himself, founder and  spirit of the Laneway Festival in Melbourne’s west suburbs. It became so popular, that tickets to 2017 festival were sold in 15 minutes. I heard that everything and everyone are covered in glitter during the festival, it’s like a trademark. 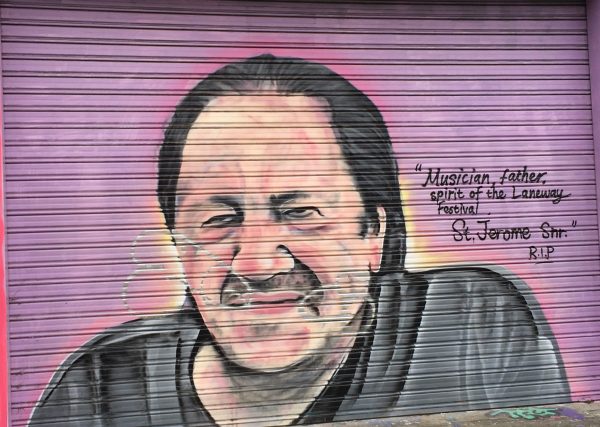 Leonard Kohen. Who doesn’t know his soulful, heart-piercing lirics? He left this world as well. I have a few of his CDs and absolutely love his “Hallelujah” and “Dance Me to the End of Love” – those songs make my soul weep. 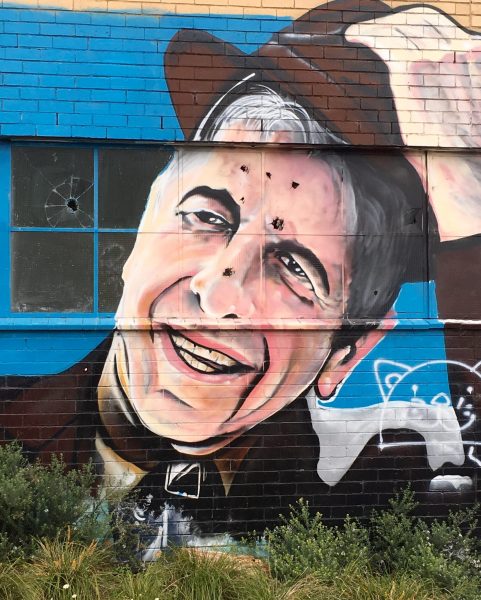 David Bowie – the famous singer and songwriter. Lots of classic hits were created during his long fruitful career. 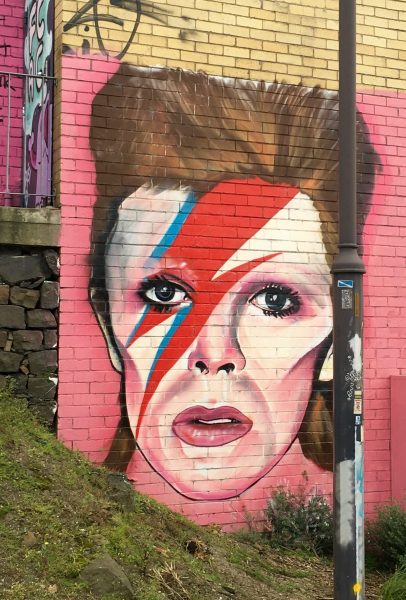 There is some resemblance to Kanya West, but I am not sure. If I am right, the where is Kim Kardashian and all other member of that annoying family? 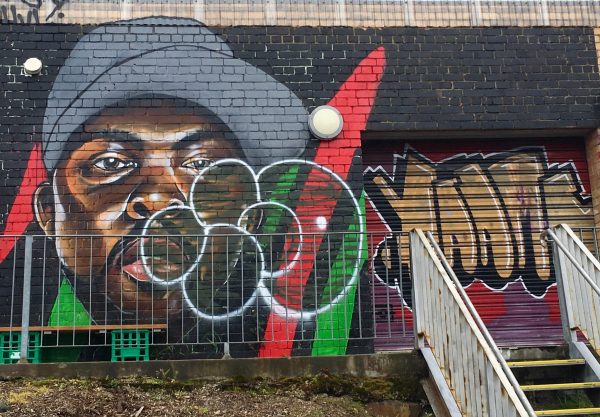 Princess Leia (Carrie Organa) from Star Wars was one of the Rebel Alliance’s greatest leaders. She looks very tough. 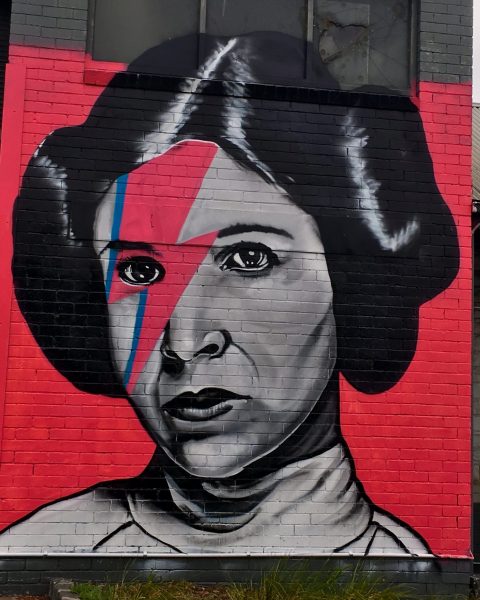 And here is Prince Rogers Nelson, whose recent death brought lots of grief to all his fans.  He was well known for his flamboyant style, great vocal skills and eclectic make-up and style. His famous song “When Doves Cry” plays behind this post. 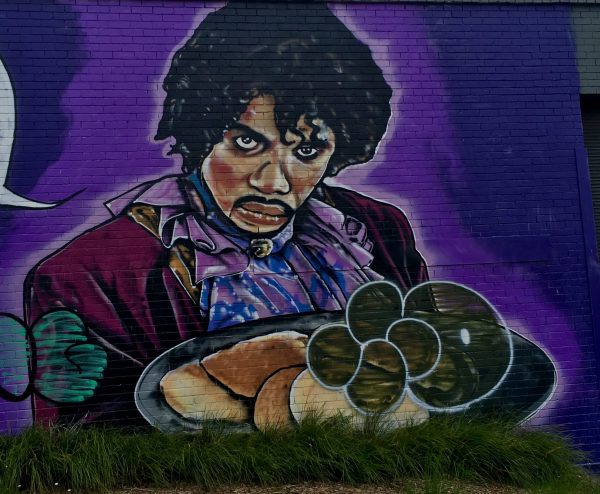 And here is someone, looking like young Jackei Sharoff – the star of Bollywood. Before becoming an actor he used to live in mumbai slums. He is famous for the movies Hero, Ram Lakhan and many more. That vent in the middle of his forehead looks shocking….just like a bullet hole. 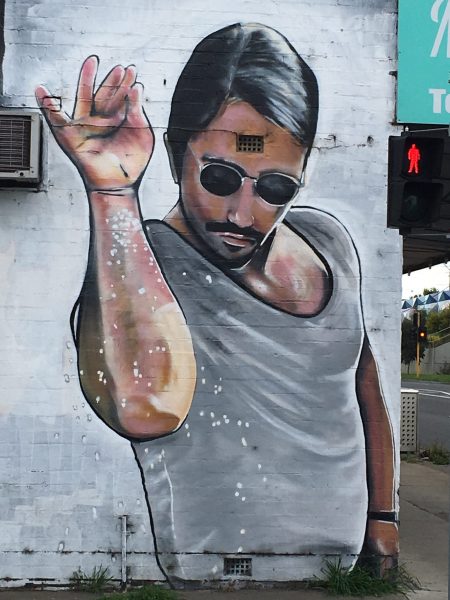 And , as I found out, the  West of Melbourne is really interested in politics. How about totally shocked Hillary Clinton? Has she found out about another “adventure” of her husband Bill? 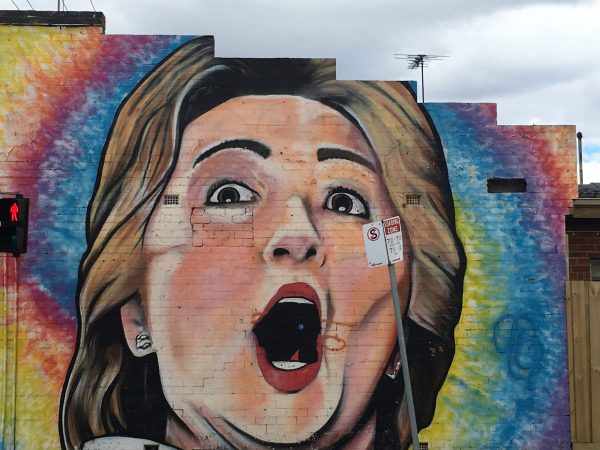 And here is a star of all my trip. This is like a blast from the past – Russian president Vladimir Putin. His famous smirk promises lots of troubles. Beware! 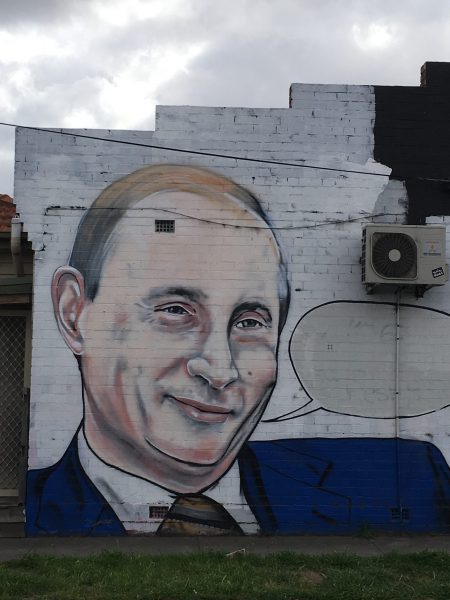 This is it for today. There will be more to come. Melbourne is a treasure trove for street art.