I am writing this story at 4 am in the morning sitting on the floor in a corridor of an Indian train. I can’t sleep, so I decided to share my experience while I am still going through it.

What can I say? This is a huge difference from my first trip 3 years ago. I am a different person now, I went a long way from that scared of everything, paranoid of germs and cows foreigner to the confident “it will be OK” woman. India changed me, like it changes everyone  in one way or another.

As I mentioned before, we decided to go to Gujarat with my friend Sangeeta, who I met during my last trip to Ladakh. Just to add a bit of spice to our experience, the first leg of the journey we would make by train. After a little hesitation I agreed on this crazy offer, probably just to challenge myself and overcome my original fear.
Before I go any further, I would like to mention the totally insane Delhi traffic. My friends were late to pick me up from the airport yesterday. But it was nothing compared to the race to catch a train today. I still have no idea how Abhinav did it (going through the red lights helped a bit), but we reached the station with one minute to spare. My gym sessions really helped to run 400 meters in 50 seconds. (My personal trainer would be so proud of me, such a shame he could not witness this sprint). Traffic in Delhi is bad, but we still managed to catch a train. 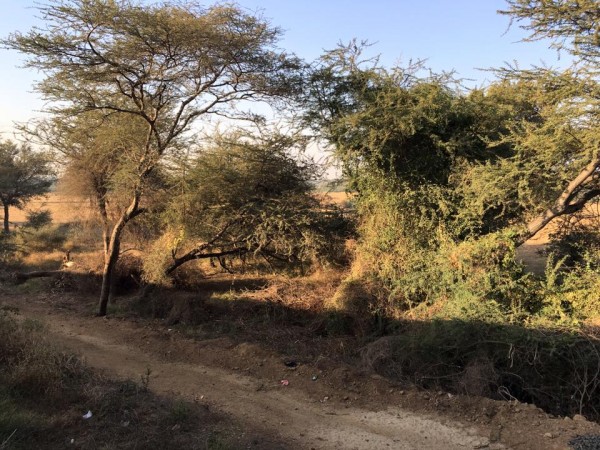 After finally catching our breath, we were escorted to our seats. Here is another interesting bit. We finalised our trip just a few days before, therefore we had side seats in the 2AC coach. (For people not familiar with Indian train system, it’s like an economy seats on the plane. For people not familiar with plane system, it’s just a bit better than shitty seats – pardon my French).
But probably an hour before leaving home, we got an update by SMS about free upgrade to the 1AC carriage. And this is equivalent to Business Class on the plane, and it actually costs a lot like those plane tickets as well. Train tickets are expensive, but you get that you pay for.
With all my prejudice against travelling by rail, I have to say I liked it this time. The coupe is very spacious. Four wide berths in twos on each side: one up, one below. A small table in the middle. Very clean – surprisingly clean, I would say. A woman with a little girl and a man were already there. (The trio obviously arrived with some time to spare as they looked quite settled by the time we arrived. But later on we found out that the woman was denied access to her her flight this morning because she was late a few minutes. How is that for a coincidence?) Being late is bad, but miracles still happen sometimes.
After an hour, a steward arrived to take our orders for dinner (included in price). We had a selection of soups, vegetarian/non-vegetarian, main and ice cream. Wow, that was posh. Another guy rushed in and pulled four small foldable tables from under the berths. The food arrived shortly after.
And it was really-really good. I found my own trusty spoon in a bag and tried the food. It was home-made quality.

And not only was I impressed, but Sangeeta and our neighbours were praising it as well. I was pretty full as we ate a lot at home, but I found a little space in my stomach for the ice cream. It got my tick of approval.

Food was good, but ice cream was better.
And when I found exceptionally clean, fresh and pressed linen, I  could not believe my eyes. Apparently, it’s not only washed, it’s also sterilised.
I rest my case and admit my defeat. From now on the Indian train system has gotten my vote.