This trip was about the wedding, and thus most of our activities related to this. Considering that I didn’t have an appropriate outfit or jewellery, and everybody else just needed new things, we went to the heart of the town – the market. Luckily, it was quite close being only a 15 minute walk.

To get there we could: 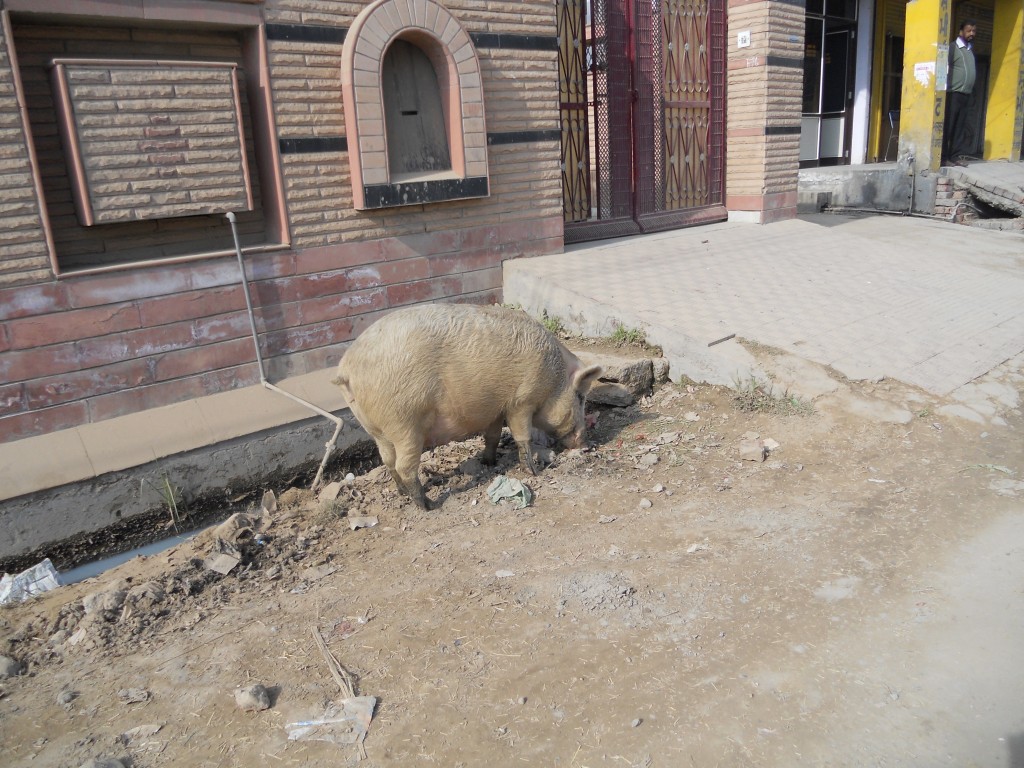 After having a strategic meeting and analysing the situation (like looking long and hard at the train wheels, trying to see the rail lights, discussing all the possible outcomes of this venture and making the stupidest decision ever) we chose option 2.

It was not a very pleasant experience, I have to say. The idea of squeezing under the million tonne train, which could start moving any moment, was very intimidating. But I was told that it’s the usual way for locals to get to the market and there was no problem whatsoever. So I decided to go by the saying “When in Rome, do as the Romans do”. We got to the other side quite successfully and did so many times after that.

Anyway, when we finally got to the market I was totally shocked. Half of the town population was already there (they had probably crawled under the train much earlier or faster than we did).

Small stalls with fruits and veggies were everywhere. Shops selling anything imaginable and unimaginable were all around us. Bull carts, auto and human rickshaws, cows, donkeys, modern and ancient cars were moving in all directions at once. Wallahs (sellers) were screaming at the top of their lungs. Enchanting smells of spices and cooking were floating in the air and made me feel very hungry (that was the real torture as I wanted to try all that food, but was too scared due to Delhi-belly). Then I saw a whole pile of papayas. Not those sickly looking small greenish blobs which we buy at the supermarket in Melbourne, but bright, yellow, large, happy fruits which were bursting of juiciness. I immediately decided that I would not leave that place without a huge papaya, which I was planning to eat on my own. I started nagging everybody until they promised to buy one just for me.

Then we walked into the sari shop. The fabric colours, sparkles, jewels, rhinestones – it was mind-blowing. I have never seen anything like that before.

We sat down on a low bench and the seller walked into the room from the back (interestingly enough, the majority of the sellers are men there).

The show started on a platform, where he unveiled his treasures. One after another, he was pulling the dresses and pants from the shelf behind him. 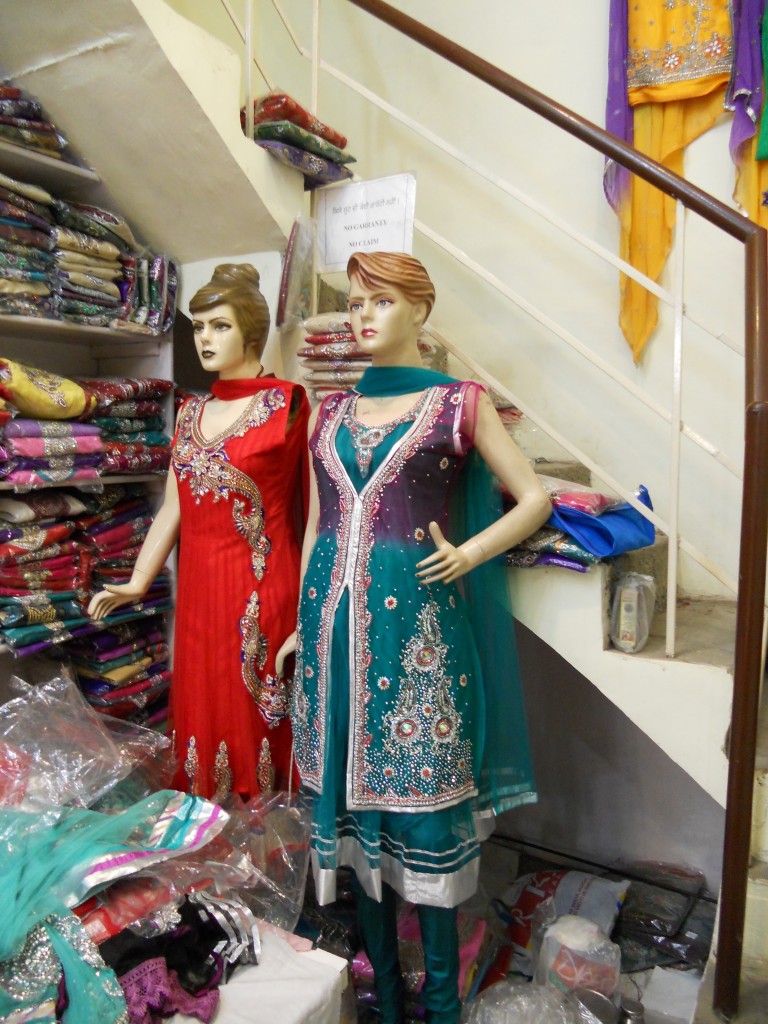 It was so beautiful. Colourful shawls, salwars, pants flying through the air and spreading in front of us. My head was spinning. I had the impression that I was in a tropical rainforest and a flock of ‘Birds of Paradise’ just landed here. Mesmerised, I watched him bringing out more and more clothes. They asked me which one I liked the most, but I could not choose. I liked all of them and I absolutely meant that. The colour combinations were just shocking, but it all worked somehow. How could I prefer red-green-purple to black-silver-maroon? Or green-pink-blue to red-black-gold? The embroidery and rhinestones looked stunning. I simply stopped responding to all the beauty around me. It was absolutely clear that we were not getting anywhere in making a choice. It was not only me who struggled, but also my friend, her sister and their mum could not decide either.

Surprisingly, the owner offered to give us all the outfits we liked, so we could try them at home and decide without haste or pressure. A huge bundle, very carefully packed, was given to one of the delivery boys to bring my friend’s home. Below, there are the photos of me trying different outfits. 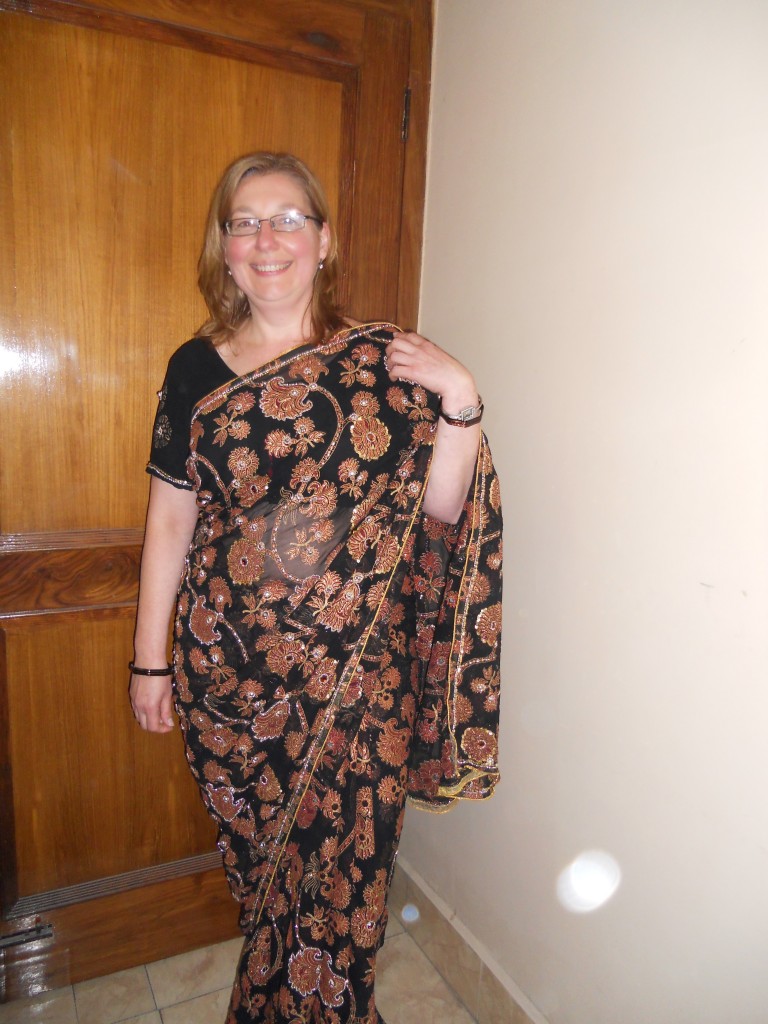 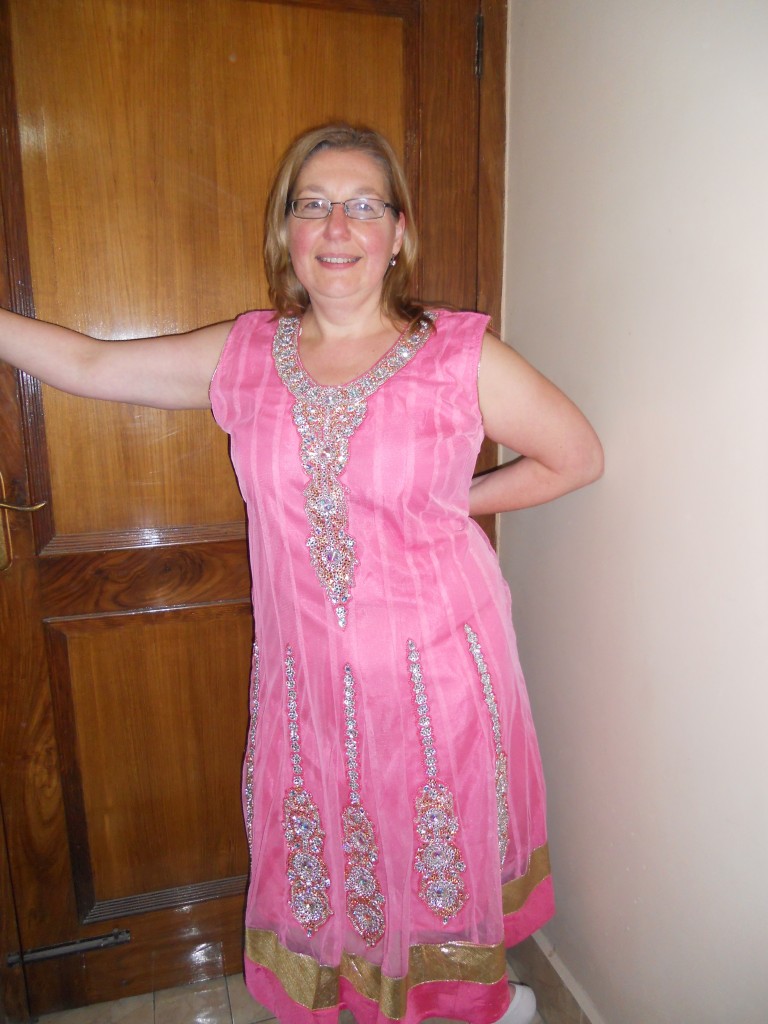 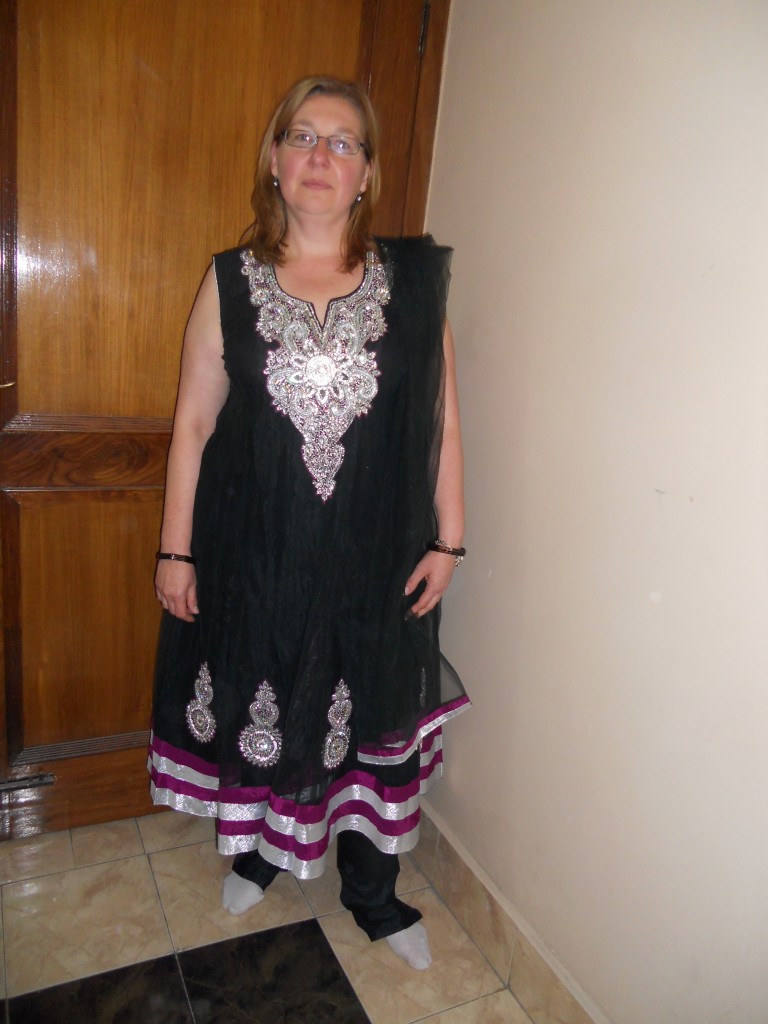 I walked out totally exhausted and overwhelmed. But as soon as we walked out, I saw papayas winking at me. My stomach screamed “I want papaya”, and so my mouth readily conveyed the message to the world. Everybody agreed that it would be much easier to buy me one rather than listening to my nagging. So we asked for a price. Now, get ready; a huge, almost 2 kg papaya was 40 rupees (about 80 cents), while in Australia I paid $6/kg for those “anaemic” wrinkled fruits we called pawpaw.

That was a highlight of my day. Later at home, I sat in the corner and ate half of it in one go. Their maid was peeking from the kitchen and shaking her head, probably thinking “crazy white madam, no one eats that much papaya”.

But what did she know?