Taking an Indian train is an adventure in itself. Have you watched at least one episode of Bear Grylls survival series? Where he has to conquer mortal dangers every 25 seconds? Jumping into icy waters and wrestling with grizzly bear are the closest to my experiences somehow.

We waited for about 2.5 hours at the main train station in Delhi, because naturally the train was late. My friend ran from one platform to another to check if the departing train was not ours, which was highly possible. I had to watch the luggage and deal with opportunistic “helpers” addressing me in alien languages. By the end of the first ten minutes I realised that a loud plain English word starting from ‘F” and pointing them in the right direction worked the best. Considering my outstanding linguistic skills in the swearing department and unlimited vocabulary (Russian and English) I had no problems whatsoever. I considered myself the best luggage guard in India (well deserved too). 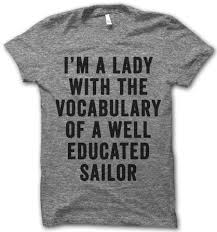 When the train finally arrived it could stop only for a few minutes (remember the delay?). So we ran twice along it because the normal logic of numbering the carriages just did not apply plus we also had to check for our names on the list outside the door.

Have I mentioned that the station management did not believe in the power of electricity?

At the very last second the miracle happened and my friend and I jumped in while her husband catapulted one bag after another trotting alongside the train. When he jumped in, we all collapsed in the corridor.

It took us a while to catch our breath and settle in. And it was Ok for a while. Until I had to visit a toilet, because I could not hold any longer. My friend tried to prepare me for that event as best as she could. But honestly – how could she?

To get there I had to push through a group of rough looking men smoking in the corridor. I pushed the door and walked in. For a start I found that the locks had been broken in the last century and never replaced. Which obviously caused me some concern considering the men outside. Hm! I turned around and faced a huge hole in the floor. Just a hole – I mean it. And it was dirty beyond description. And stinky as well.

Now I had a few problems on my hands: to protect my privacy, breathe, stay more or less clean and manage NOT to fall through. After a series of acrobatic attempts at the level of Chinese circus performer I managed to do my business through all the rocking, jerking and swerving of the carriage. Feeling like a great achiever I proudly came back 15 minutes later. And shortly after that we arrived to Punjab.

I survived my first 24 hours in India and it started to get better after that.