Police in the eastern Indian state of Bihar say rats have consumed thousands of litres of confiscated alcohol. 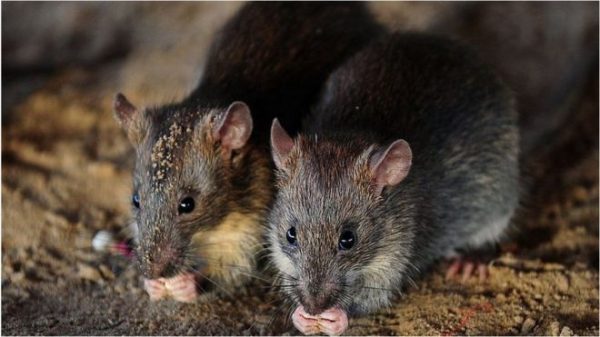 The state banned the sale and consumption of alcohol last year. Since then police have seized more than 900,000 litres.

Patna city’s top police official, Manu Maharaj, said he was told by police inspectors on Tuesday that much of that liquor had been lost to rats.

Police have now ordered an inquiry to examine these claims.

Police subsequently launched search operations across the state to confiscate alcohol. They also arrested more than 40,000 people for illegally keeping alcohol in their homes and shops.

The operation resulted in massive stocks of alcohol bottles kept in police stations as evidence. Some police stations even rented private storage facilities for the bottles.

More than 1,000 police stations in the state have now been ordered to routinely audit their stock of confiscated alcohol.

Mr Maharaj told The Hindu newspaper that officers would also be routinely checked for alcohol consumption.

“If they fail the test they could even lose their jobs, apart from being prosecuted under the new stringent excise and prohibition laws,” he said.

The law states that anybody found drinking or selling alcohol can be jailed for 10 years.