I have been driving for more than 20 years. Driving is a necessary part of our lives now. It’s like a second nature – out of the house or office and straight into a car. I concentrate mainly on speed limits and rarely look at the other signs, because they are all so familiar.

However, when I was in Rotorua (NZ) , I noticed one sign on the side of freeway which was quite unusual. I started to look for more and soon I had a collection. Apparently there were lots of cute safety signs warning people about common dangers on the roads. I believe that I got them all. 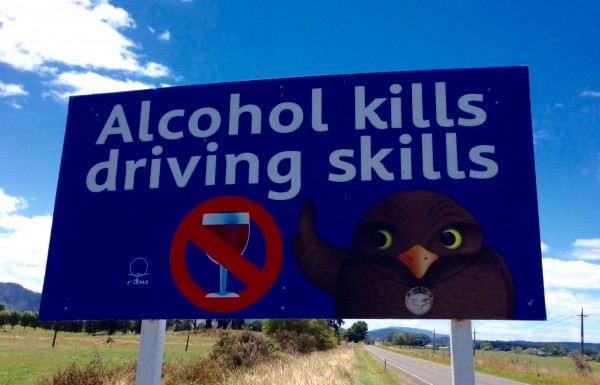 And the most interesting part is that these types of signs with wise owls were only found in Rotorua area. 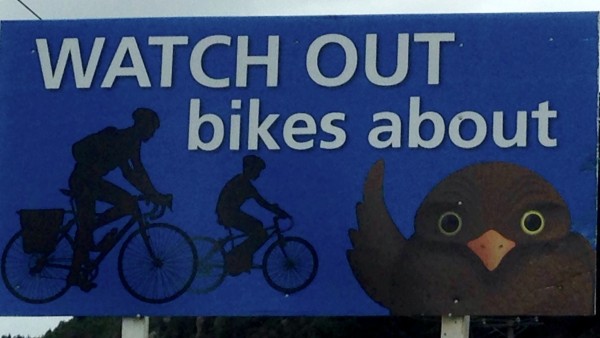 The condition of signs varied a lot. It probably depends on the position of the sun and time of the day, when the sign is “cooked”. 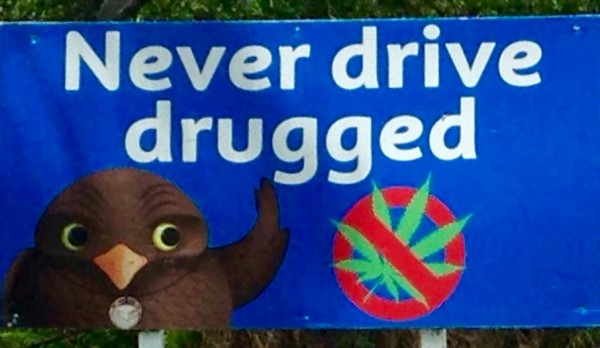 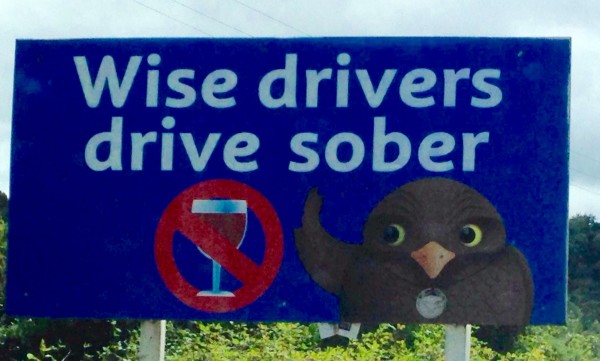 This sign was really weathered, but the message is loud and clear. Drive wise! 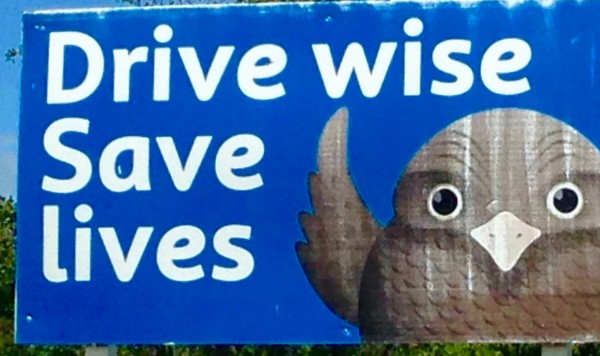 This one below I found a bit distracting , since I had to decipher the hidden message (I don’t use this type of language). It is probably aimed at young drivers, who are constantly texting using abbreviations. 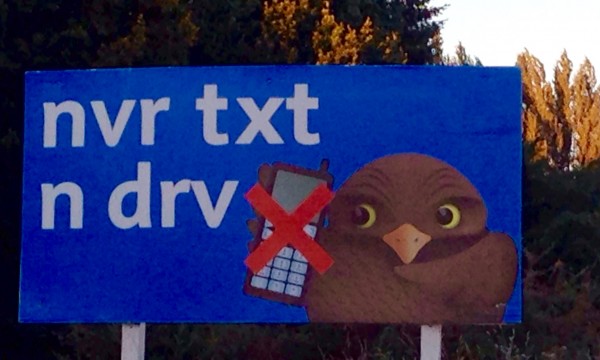 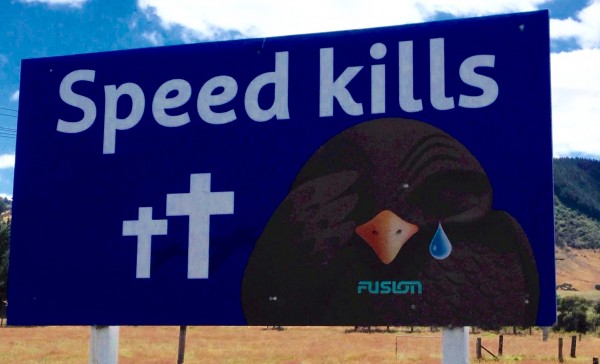 The seat belt on the owl looks very funny and totally inappropriate, though it is true. On my last trip to India, I had a few troubles with cars without seat belts. My travel insurance would not cover me in case of an accident if I didn’t wear a belt.

For some reason, a few of the signs were green. I could not figure out why.  Or maybe there were no reason, just to make it different? 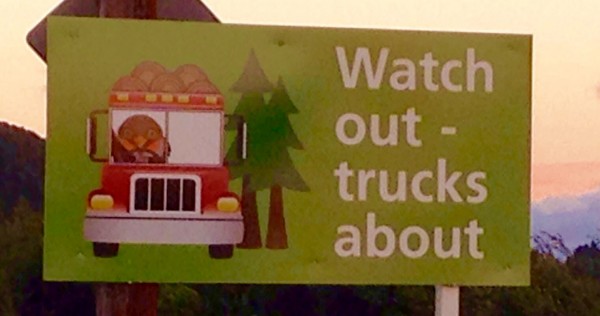 Those ones were near T-intersections, where there would usually be a STOP sign. All over NZ there were normal red STOP signs, but not in Rotorua. 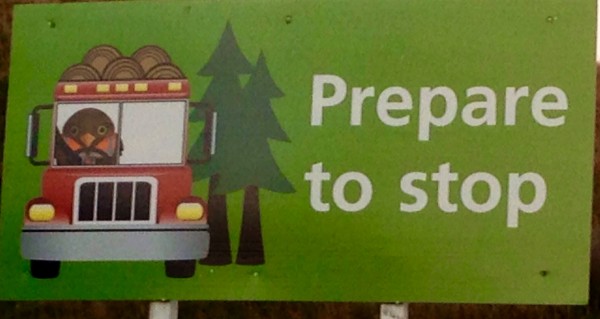 This one is reminding you to be safe everywhere, not just near your home. 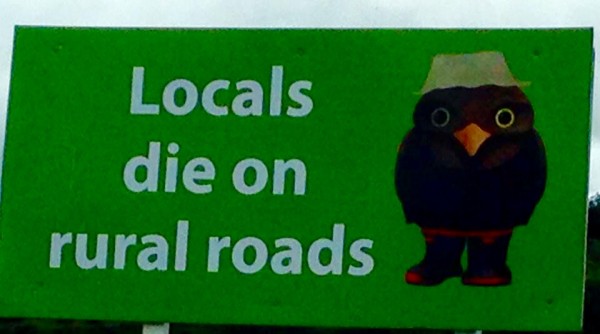 This is the one I loved the most. Baby owls are so cute. This sign was near a primary school. 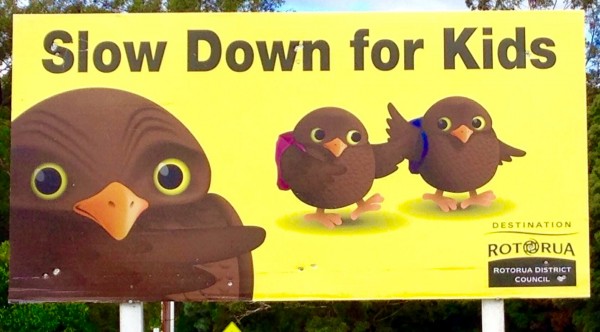 In Australia, we don’t have many interesting signs. A majority of them are “Don’t drink and drive” or “Fatigue Kills”. On my way to a country town today, I was deliberately looking for something interesting and could not find anything. But some time ago I saw a slightly rude and offensive sign. Of course, I had to stop and take a picture. What can I say – straight to the point! 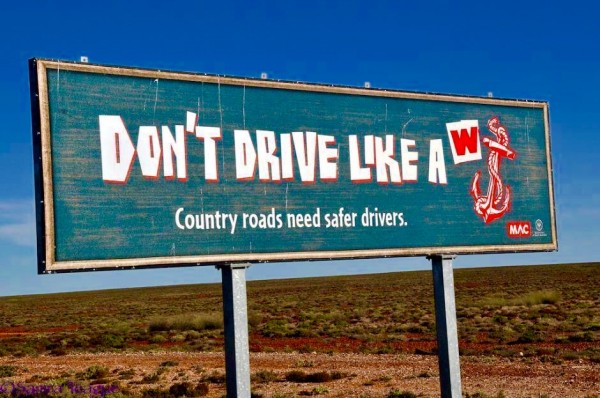 Here is an interesting and entertaining commercial from Lisbon, Portugal, where in 2014 they tried a new set up for traffic lights. Following the concept that nobody likes waiting (I personally can’t wait more than 30 seconds for anything), someone decided to introduce the dancing pedestrian crossings. People were so engaged and amazed that they were actually waiting for a green man to appear. I think it’s a great idea. Have a look yourself!