Sculptures by the Sea

During an audit in Perth last week, my customers mentioned a new exhibition not far away from my hotel. It was called Sculptures by the Sea. Apparently this is not the first time that the local artists have organised these shows. It was the very first day and some of the exhibits were still being assembled when I inspected.

These are the beautiful surroundings at the Cottesloe Beach! Wonderful warm weather, light breeze. Great to look at the outdoor art! 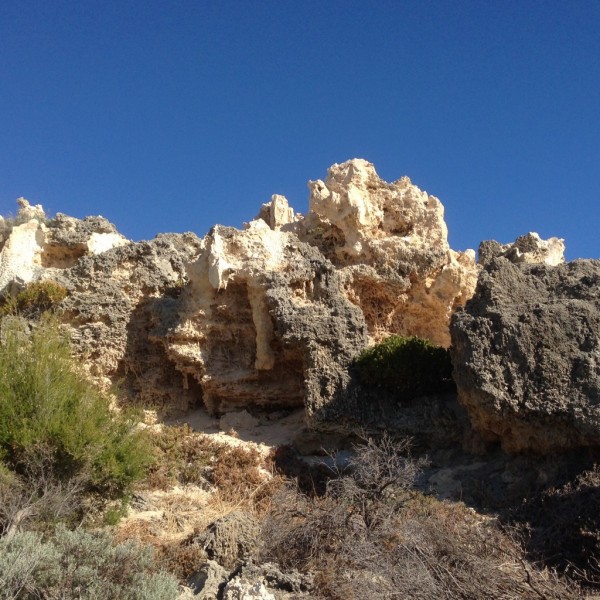 Many people would go for a swim but not me. It’s too cold. Even when it’s warm outside, I still feel the water is too cold. This is an Indian Ocean after all. 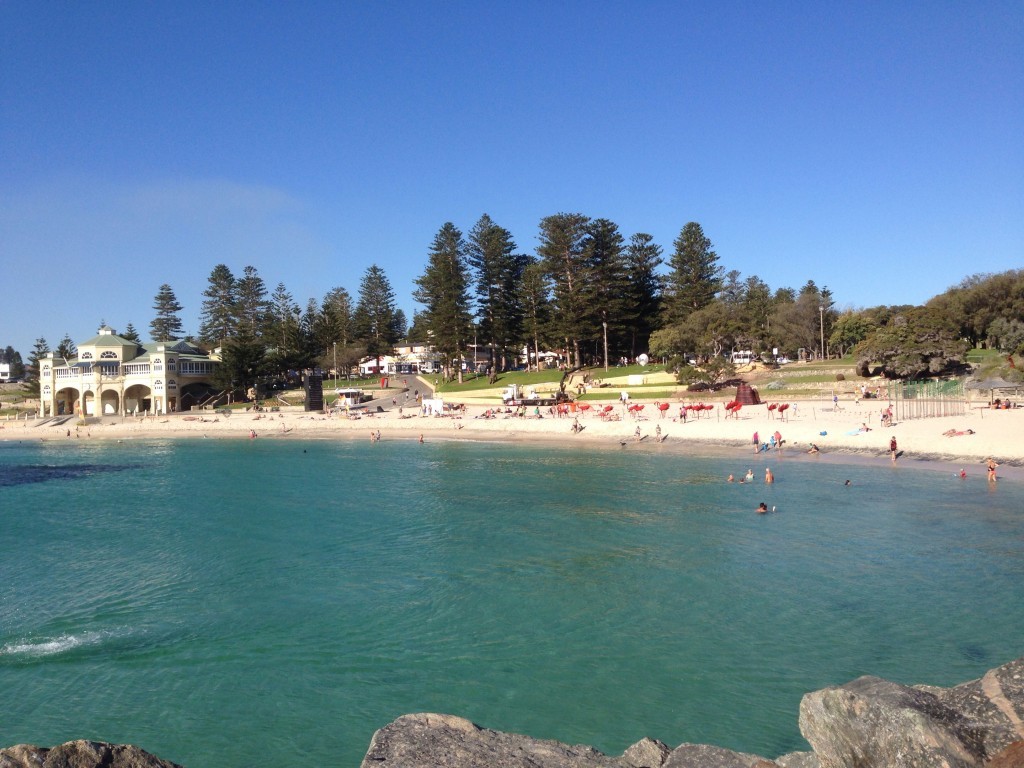 There were some dolphins, which I could see from jetty. Unfortunately, they are too far away, but they were there. 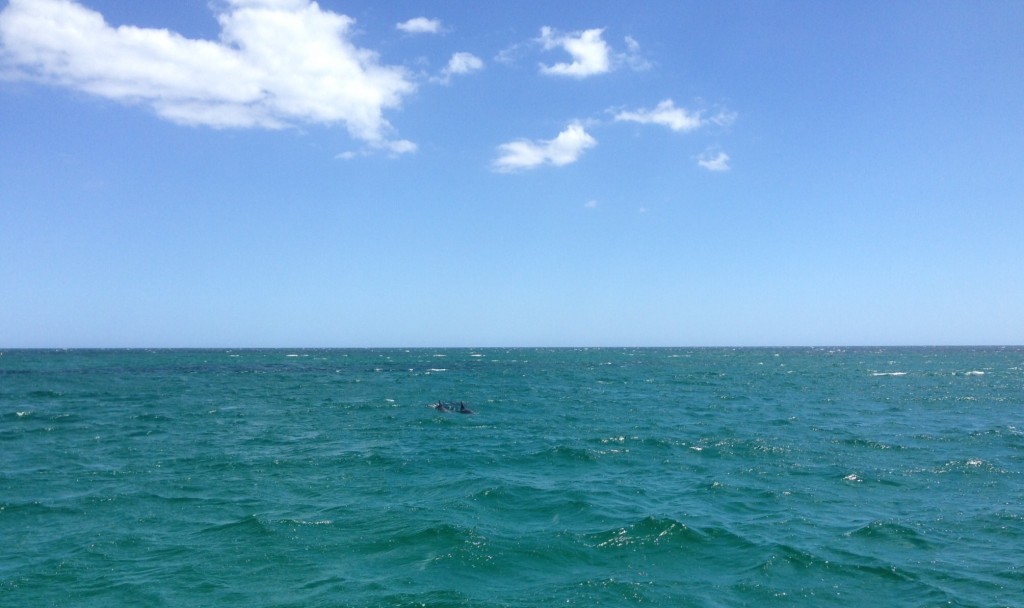 See, I didn’t make it up. This is a real exhibition. 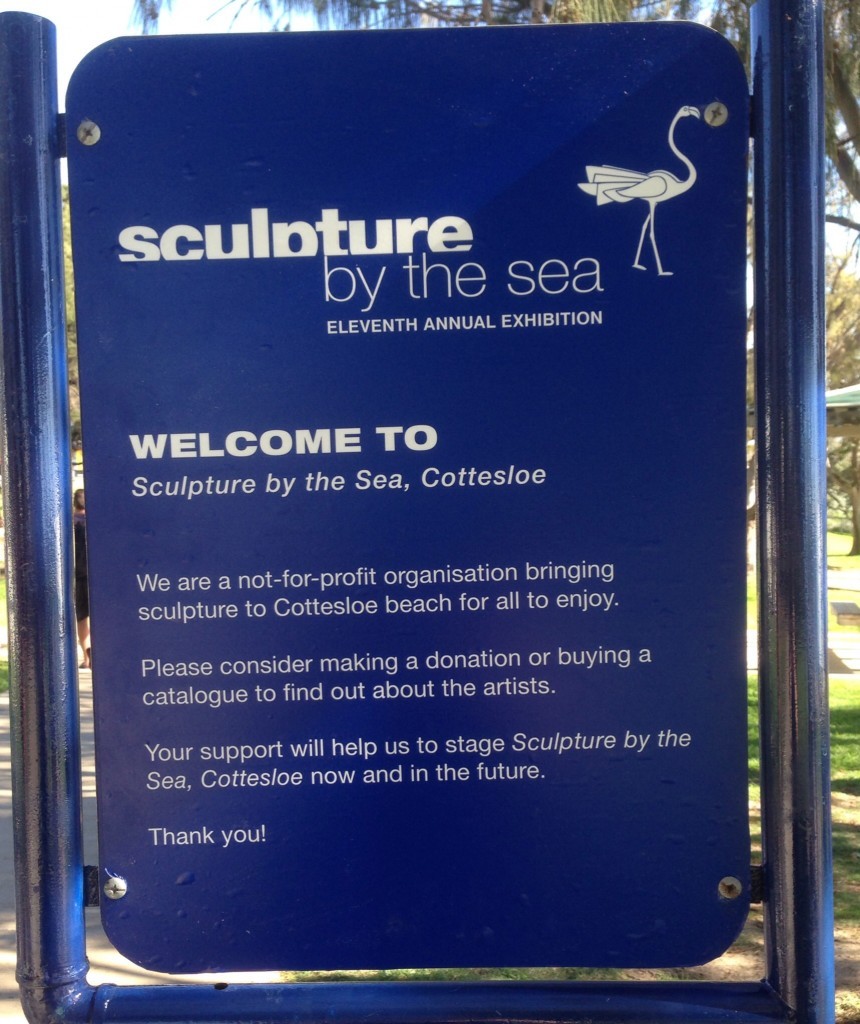 First spectators. They can’t wait til all the artwork will be assembled. 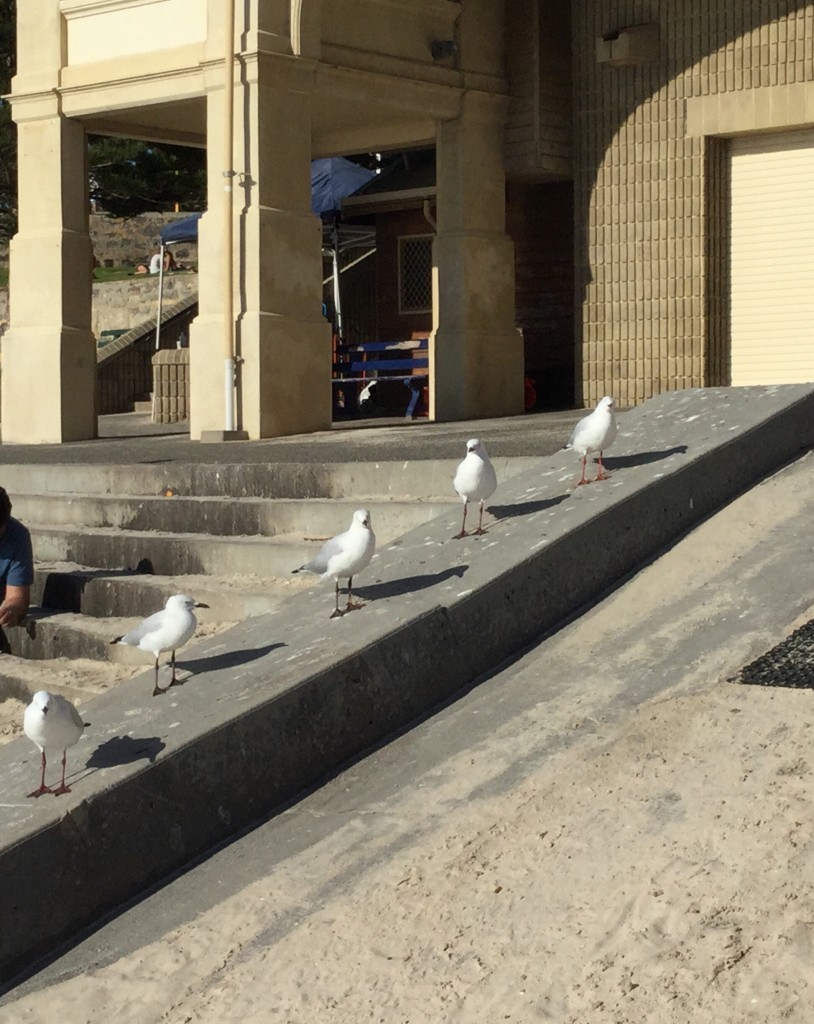 Beautiful Flamingo. So well done. There is a wire frame, which is covered with thin fabric. Looks great from far away.

And there was a flock of them, picking something from the sand, walking and just observing the crowd. I wonder if they were sold all together or people could buy one or two. I would like one for my front yard.

This metal disk is very attractive. It is shaped like a discus, so it’s not flat. Looks great on the top of the hill.

Why it’s called Turning Stones I have absolutely no idea.

This cutie is called Atom. Yep, there is some resemblance. And it was very well cut and polished. I don’t know what material it’s made from, but those round shiny spots almost sparkle under the sun. Great contrast with the main dull surface.

This is totally psychedelic. In case you can’t see it clearly – plastic hoses are twisted and tangled. And to top it off, there are the metal frames from floor fans everywhere. Food for thought? Sure.

This masterpiece is called Sisters. Never mind that they look a bit retarded. There are five strange looking dogs as well. The whole group is very mysterious. They all look like they belong to the farm, right? Dogs, lamb… Two simple looking girls. But not quite.

If we forget about the lamb and a few dogs, then they look like sailor’s or fishermen wives. See the resemblance? And they look at the sea as if they’re waiting for their husbands to come back. Meanwhile, one of the sisters decided to catch some fish. But she is not a fisherman herself (she is from the farm, remember?). This why she’s got a pineapple as a bait. Maybe she is planning to catch a sea cow? Total bloody mess. It’s done my head.

The next piece is called Primordial. The second I saw it there, I thought of The Bungle Bungles. This is a well known place in Purnululu National Park, and one of the most striking geological landmarks in Western Australia. The orange and black stripes across the beehive-like mounds, encased in a skin of silica and algae are “trademark” of this place. I have never been there myself, but always wanted to go. One day….

Just for comparison I included this photo from the web. Very similar, right. So why call it Primordial if everyone can see it’s Bungle Bungles.

In the beginning, it probably was  a recycling project, which slowly turned into an art object.  It looks interesting, but I was thinking how much beer needs to be consumed to get enough lids for this large surface.

In a previous life, this thing was a bicycle. Or a plough. Or a sewing machine. In it’s current condition it is a mysterious object Over Under Through Around. Too deep for me.

I am positive that this sculptor hated his model. Otherwise, why would he make this poor man red like a lobster and stark naked? Even more unexplainable is the name Harbor.

Unless it was a real name for this guy.

And to prove my point about hatred, just have a look at the poor guy from this side. Huge feet and tiny genitals. To me it screams “I hate this man”. Imagine this sculpture on the front lawn. Nice?

Five great sculptures in a circle. Every single man is different. Reminds me a bit of ‘See no evil, speak no evil, hear no evil’. But I really liked this set. It was very sunny and I could not get photos of other two men.

I swear something like this you can see on every second farm. Lots of decaying cars and lots of grass trees in Western Australia. Victory or revenge? Not sure.

Eggs on legs? Or headless emus? My imagination is in overdrive. But they are very shiny if anything.

Simple, colourful, understandable. My home is your home. The only trouble is to get into one of them. But after that it’s easy.

Ocean Lace. Here it is. Please, have a look.

Four huge babies climbing up the hill. Just imagine their parents….By the way, it’s illegal in Australia to leave kids under 13 on their own. I was not brave enough to search for their mother.

Someone lost their marbles on the beach. But sometimes it’s a good thing, because it’s so pretty and useful. Later I saw many children and adults jumping on these balls.  Lots of fun!

I loved this one. It was a beautiful green translucent colour in the daylight. And in the evening, with a help of a little light bulb, it looked like a waterfall. Many people were interested in this sculpture. I saw one couple making an inquiry about the price. Honestly, I would like to have this one. I am sure the price will be exuberant.

Such a cutie pie! This is the first sculpture which meets and greets visitors to this amazing exhibition. It puts you in a cheerful mood straight away. I was walking around and thinking that it reminds me of happy little Buddha figurines in Wollongong Buddhist temple. Loved this one!

And this is the absolute masterpiece. I am so much in love with this sculpture. Three times I came back to look at it. It was beautiful in a daylight. But the best photo is at sunset. Love the idea, love the name, love the definition. Just simply love it.

This exhibition is a regular event in Perth (Cottesloe) and Sydney (Bondi) for the last 11 years. It is a lot of money to organise and run this exhibition. Last year, Australian billionaire Gina Rinehart saved this event with a six-figure donation. However, this time she has withdrawn her financial support for Sculpture by the Sea exhibition on Cottesloe Beach. This event will be supported by the government for the next three years. And who knows what would happen then.

This exhibition will be in Perth until 23 of March. An estimated 220,000 people are expected to view the works of more than 70 artists from across the world and Australia. If by chance you are in Perth, spare some time and experience this. Really worth a visit.